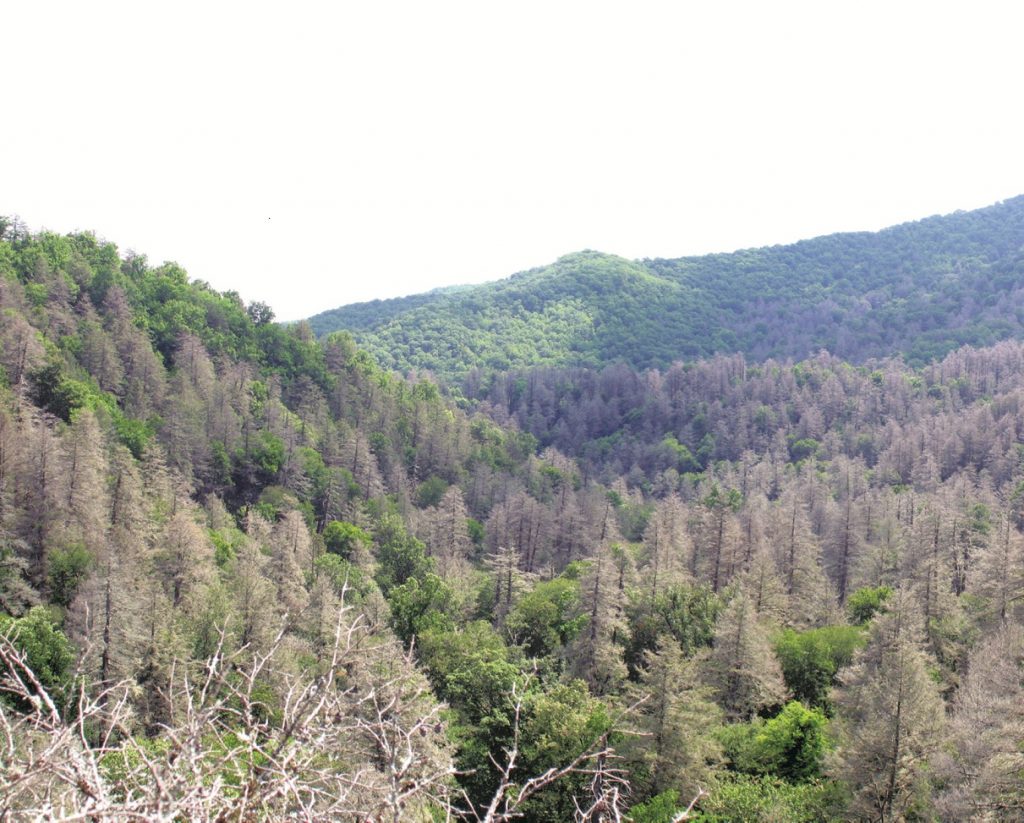 Photo by Will Blozan, Dying hemlock trees in the Appalachian Mountains.

In 2016, Hemlock Woolly Adelgid (HWA) was first established in the Upper Midwest, and unfortunately right here in Ottawa County. This invasive pest has devastated forests along the East Coast of the United States. Within Michigan, there are an estimated 170 million hemlock trees that are at risk of dying from HWA. However, the loss of hemlock within our forests is just the beginning.

Long-term studies from the east coast have documented extensive negative effects caused by the loss of hemlock within natural communities. These changes affect the ecology and economy of the infested areas.

There is good news. This pest is treatable, and it is not yet widespread.

We believe we can stop the spread of this forest pest before it is too late. Unlike the emerald ash borer, which recently devastated Michigan, this is pest slow moving, treatable, and concentrated in West Michigan. We need you to IDENTIFY, REPORT, and TAKE ACTION.

More information about the ecological damage HWA can do.

More information about the economic damage HWA can do.