This page is to help you identify hemlock trees and hemlock woolly aldegid. If you are unsure whether your tree has an infestation, please make a report. You can bring photos of the needles to a local nature center for identification… We want to help you!

Find a local nature center to help you identify HWA. 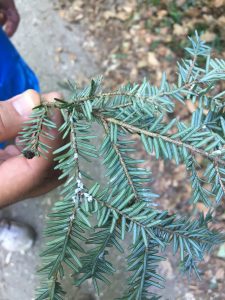 Not sure what a hemlock looks like? Learn how to identify a hemlock tree (includes information about common look alikes). 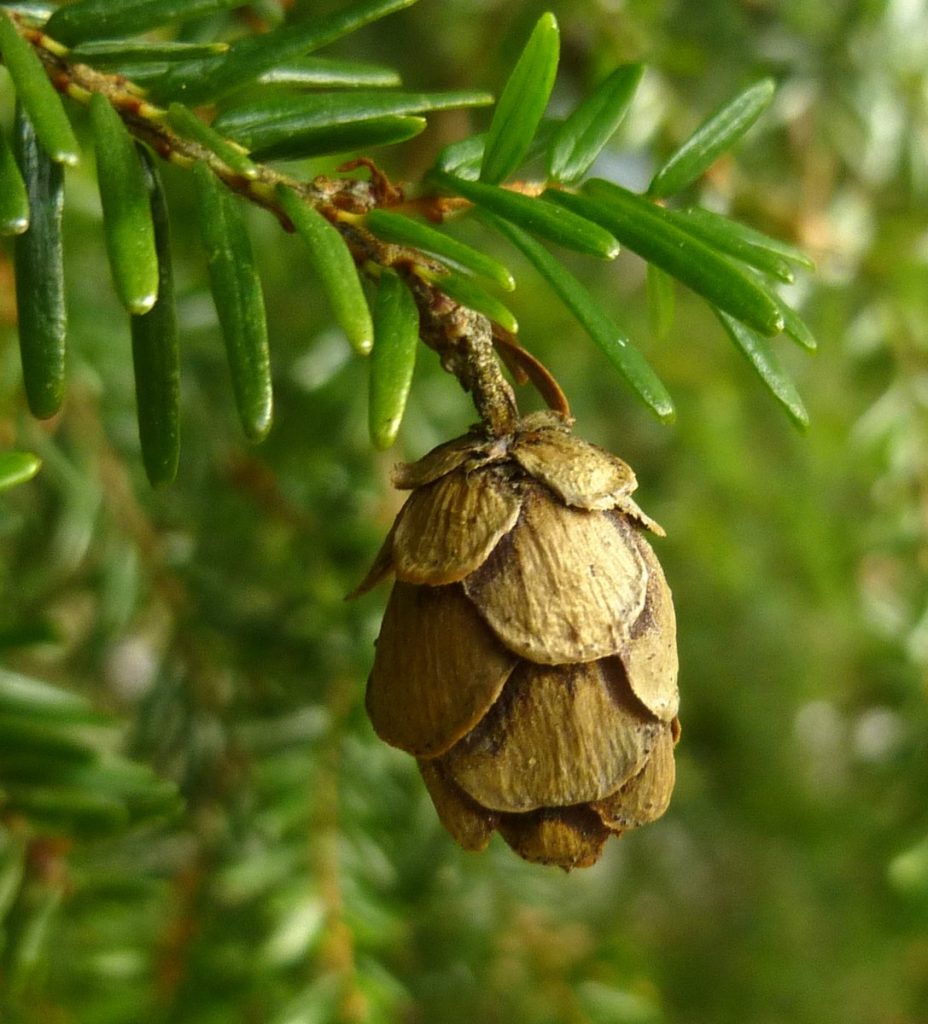 HWA is a white, woolly mass that is attached to the tree at the base of the needle. 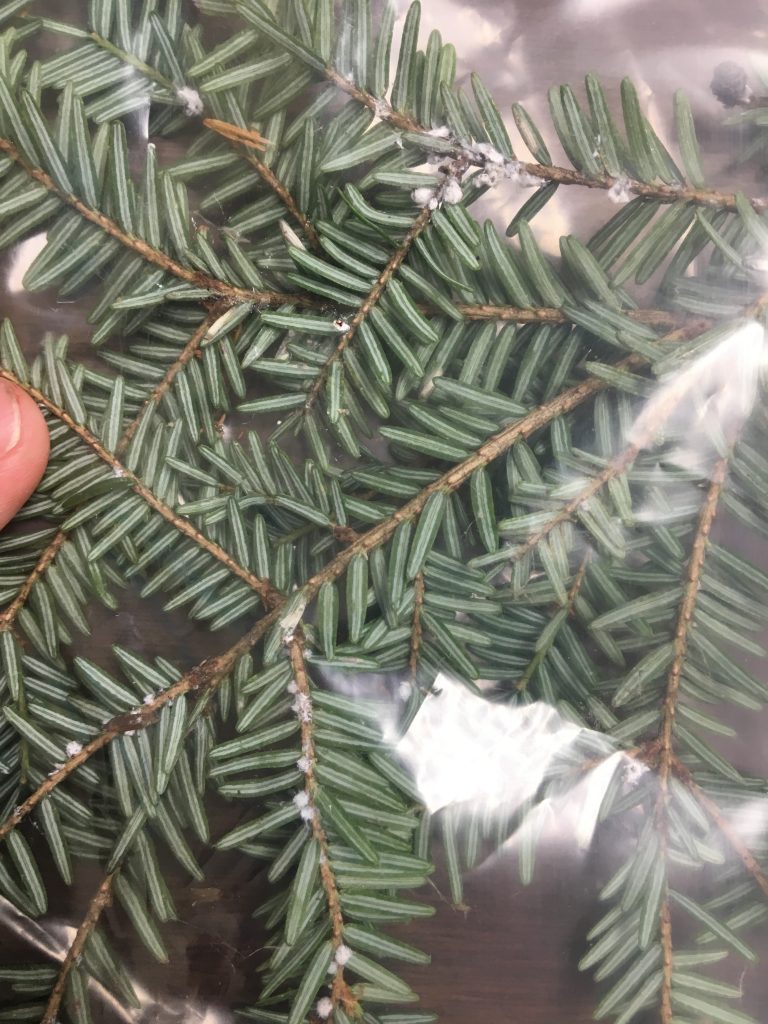 Eggs and young adelgids are often spread during spring bird migration, so often infestations are at the very top of the tree. 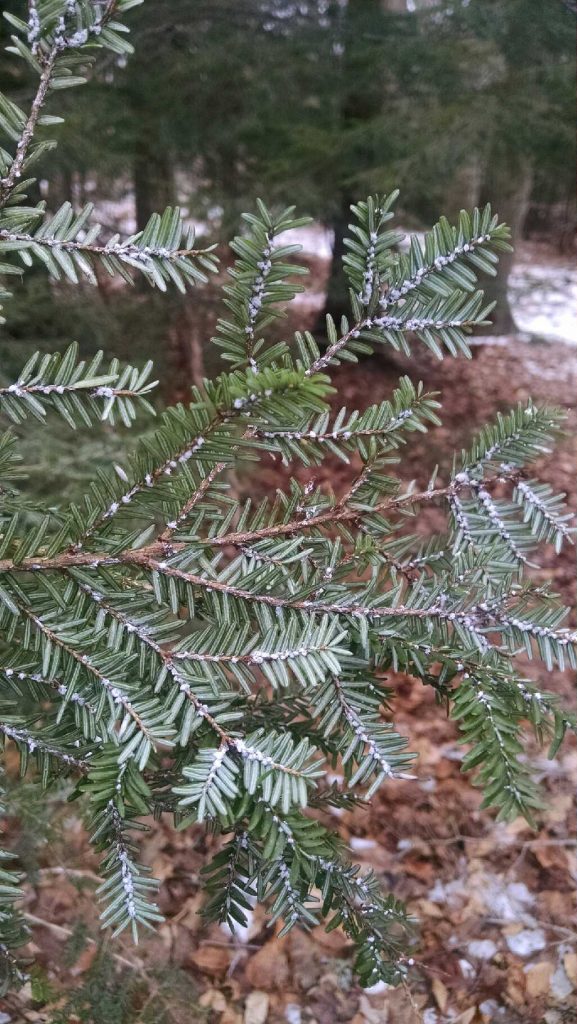 There are HWA look alikes. We’ll list a few below to help you in identification. If you aren’t sure, please still make the report. We will be able to help you identify HWA. 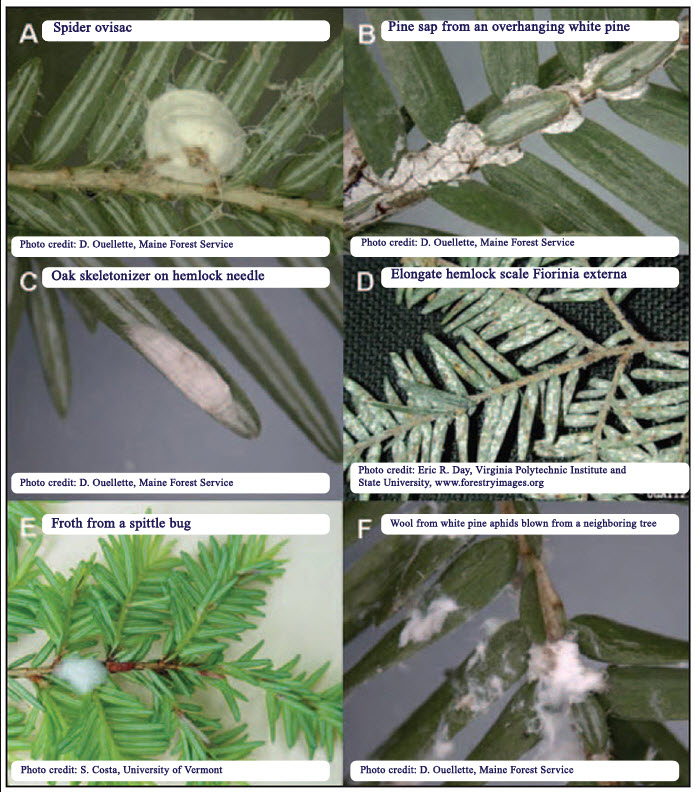 HWA look alike information from the State of Michigan

Eastern hemlocks are a conifers (they have cones) and they keep their needles year round. 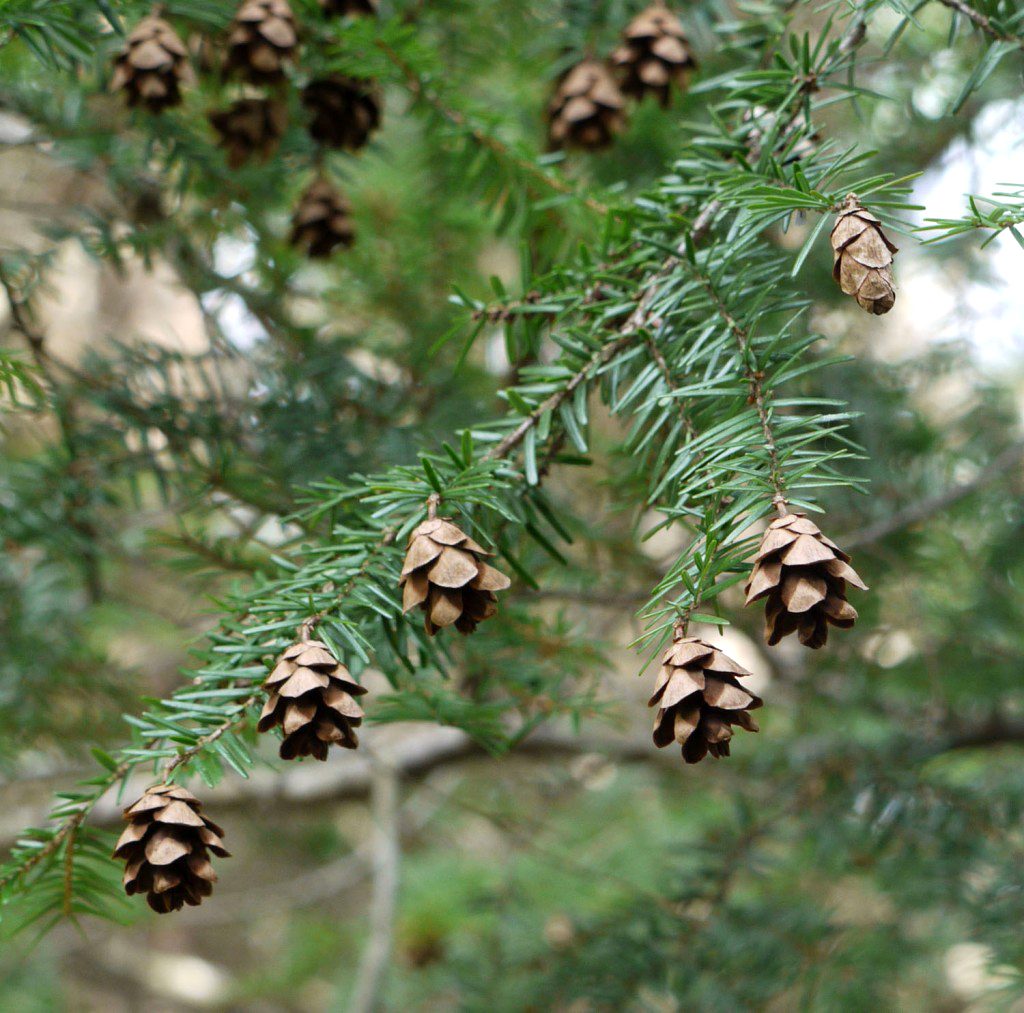 Needles are flat, not round and they are attached individually to the branch, not in bunches like pine trees. Needles have two white “racing stripes” on the underside. 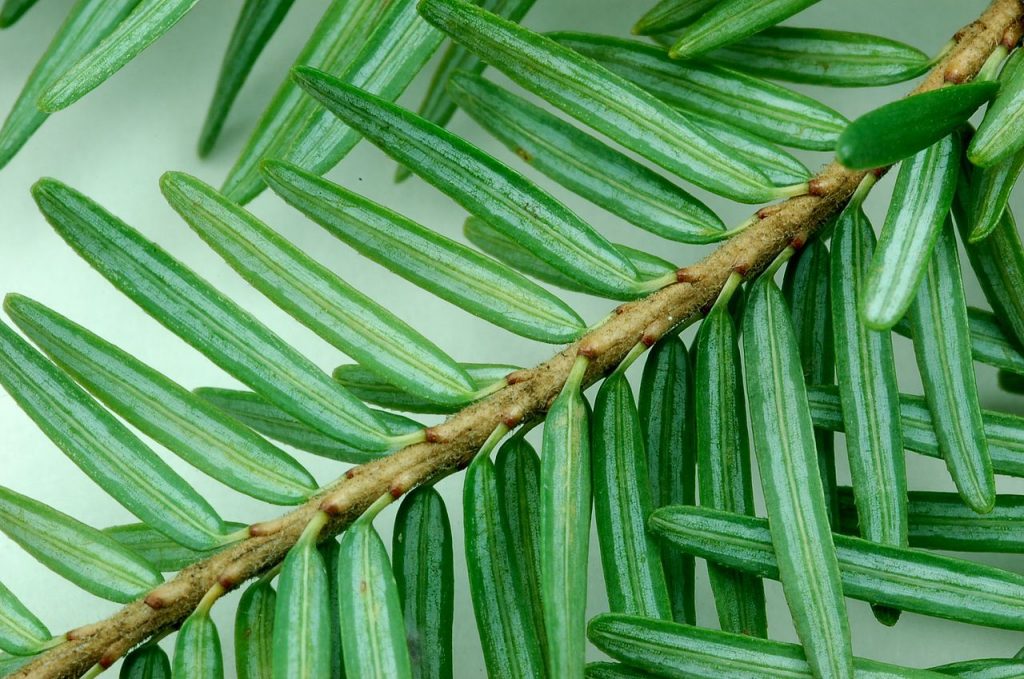 Hemlock trees are dark green (and often appear darker than pines) and have somewhat droopy, lacy-looking branches. They can be found in beech-maple forests, coniferous swamps, forested dunes (usually north facing), and along river corridors. 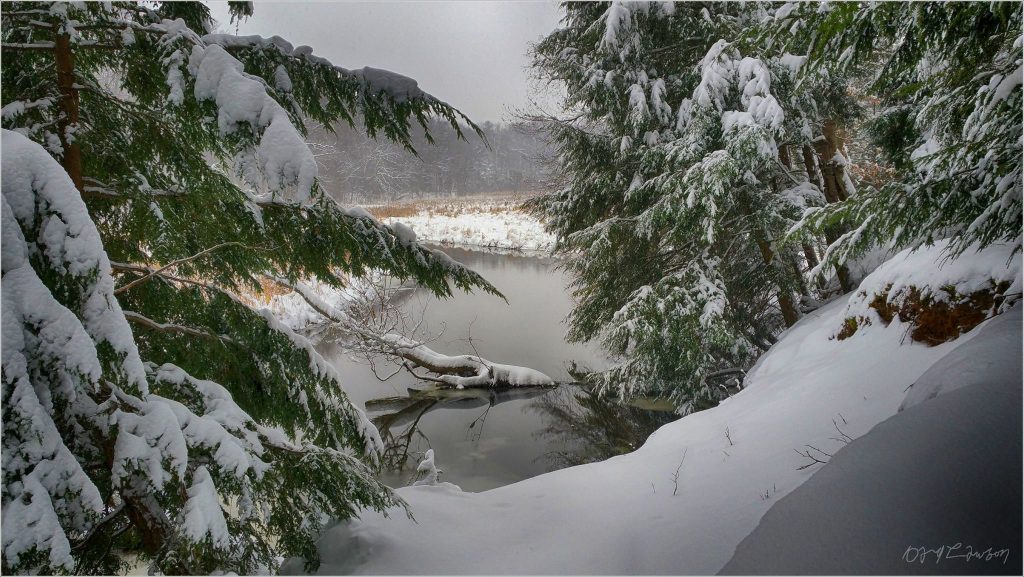 Eastern hemlock trees have a couple of tricky look alikes. Below is a photo of a Yew (Taxus sp.) Yew needles are longer and do not have the white stripes found on a hemlock. They also produce a berry-like cone, very different than the cone found on a hemlock. 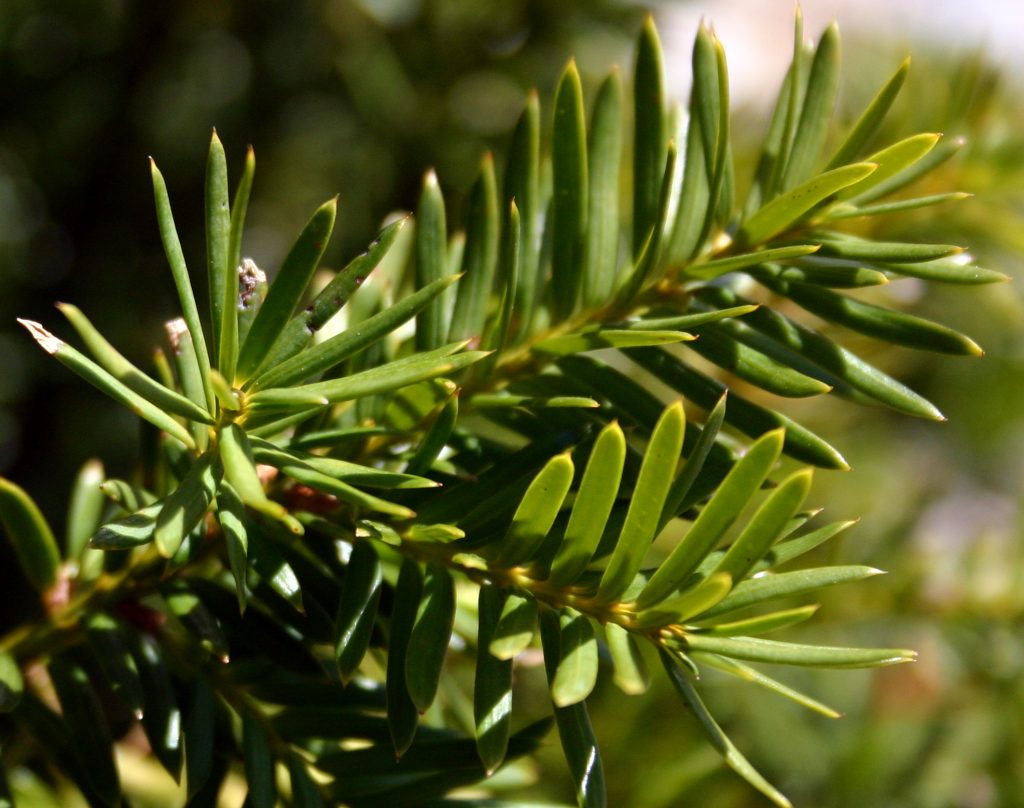 The following is a Balsam Fir (Abies balsamea). Balsam fir is very frequently mistaken for eastern hemlock, especially when it is small. One of the easiest ways to tell the two apart when you can reach needles is to look at needle attachment. 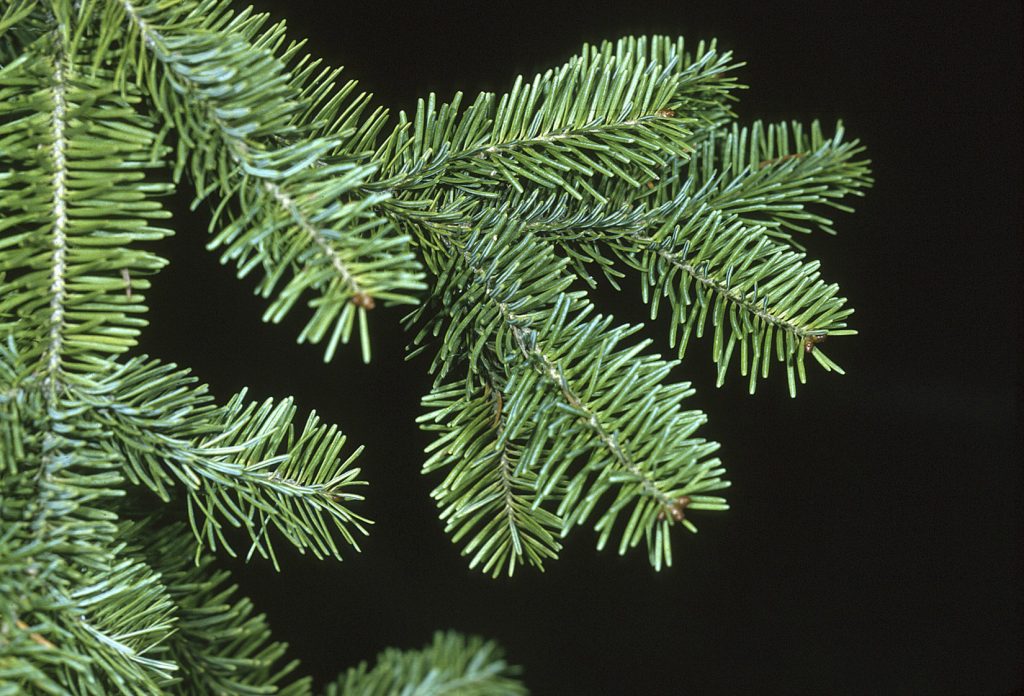 Here’s a close up of the two side by side. Photos courtesy of Michigan Nature Guy

Hemlock needles are short, normally less than 13mm (1/2 inch), blunt, with a few teeth toward the tip. They are dark green above and have a white stripe on the lower surface. The white stripe is actually composed of minute openings in the leaf called stomata. These openings allow the plant to “breath.” Hemlocks also have needles that lay on the twig, with their lower surface pointing up. The needles appear to occur in flattened clusters but actually are produced from around the twig. The leaves bend, giving the branch its characteristic flattened look. Copyright 2013 by Donald Drife

Note: Do not confuse the balsam wooly adelgid (BWA) with HWA.

The following photo is a Cypress (Taxodium distichum). 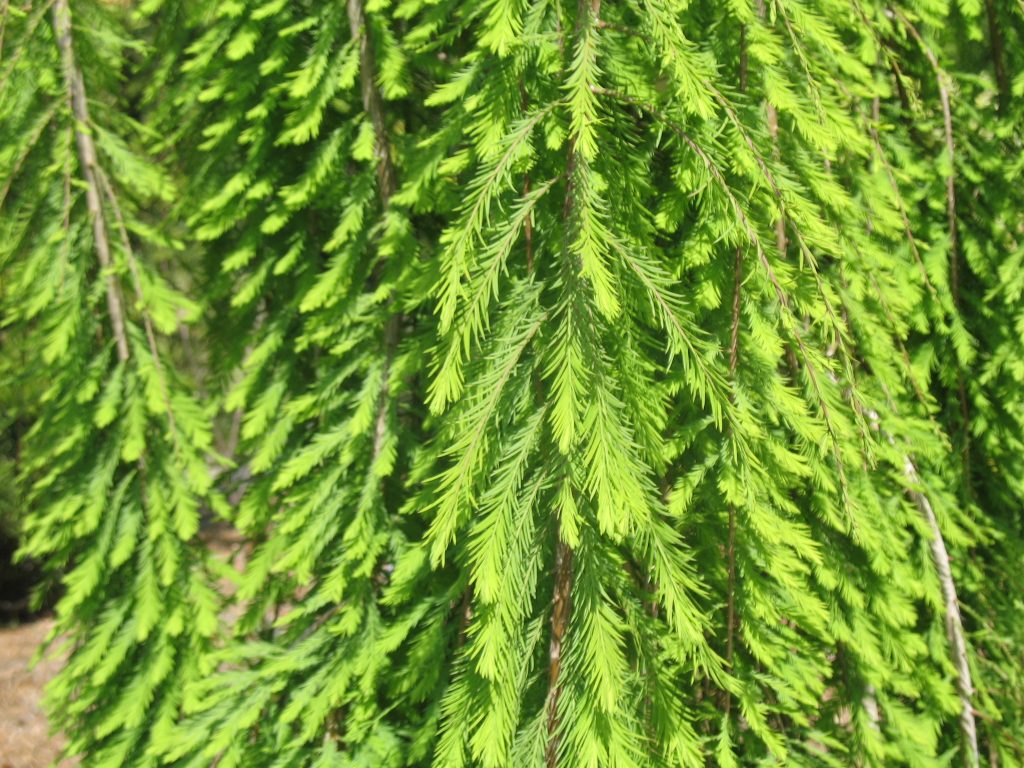 Nature Centers who can help

If you suspect may have HWA, bring a clear photo of the branch and needles to any of the following nature centers for help with identification:

Please do not bring a potentially infected branch to be identified. This may spread HWA.

We are working to train staff at more local nature centers to be able to identify HWA, so there are more locations available to the public. If you are interested in become an identification center, please contact us.