Stopping the spread of an invasive insect in west Michigan just got a little easier, thanks to funding awarded by the Michigan Invasive Species Grant Program. Through the program, the Michigan Departments of Environmental Quality, Natural Resources and Agriculture and Rural Development awarded more than $860,000 in funding to survey, map and control hemlock woolly adelgid (HWA).

HWA has been attacking hemlock trees in Allegan, Ottawa, Muskegon and Oceana counties since 2015.

The tiny sap-sucking insects deplete a hemlock’s starch reserves and eventually kill the tree. HWA infestations can be detected by the small, white, woolly masses attached to the underside of the twig, near the base of the needles.

Hemlocks provide year-round shelter and foraging for wildlife and help regulate stream temperatures, which is important for trout and other fish species. The loss of hemlocks in Michigan could extend beyond wild areas to nurseries, landscapers, homeowners and the vibrant tourism industry.

Shaun Howard, Eastern Lake Michigan project manager of the Nature Conservancy, says that the Michigan Dune Alliance is focused on building capacity to search for invasive species throughout coastal counties.

“Early detection is the most effective way to fight and address the damage invasive species can cause to our cherished natural resources,” says Howard “It is probable that HWA is outside of the four known counties and it is integral to survey beyond the known extent now so we can effectively prioritize our response.”

By now, the story of tree populations collapsing is a familiar one. From the sudden absence of the American chestnut, which was attacked by an exotic fungal disease, to the most recent demise of the ash by the emerald ash borer. “Today, pests and disease are decimating trees with unprecedented speed,” claims Drew Rayner of the WMCISMA. To give populations a fighting chance, financial resources to invasive species managers must be allocated in a prompt manner. “We’re grateful of the State’s support of the Michigan Invasive Species Grant Program, which is allowing us to take action on HWA,” says Rayner.

Michigan residents are encouraged to check their hemlocks and report possible HWA infestations to Michigan Department of Agriculture and Rural Development, MDA-Info@michigan.gov or phone the MDARD Customer Service Center at 800-292-3939. Or at SaveMiHemlocks.org 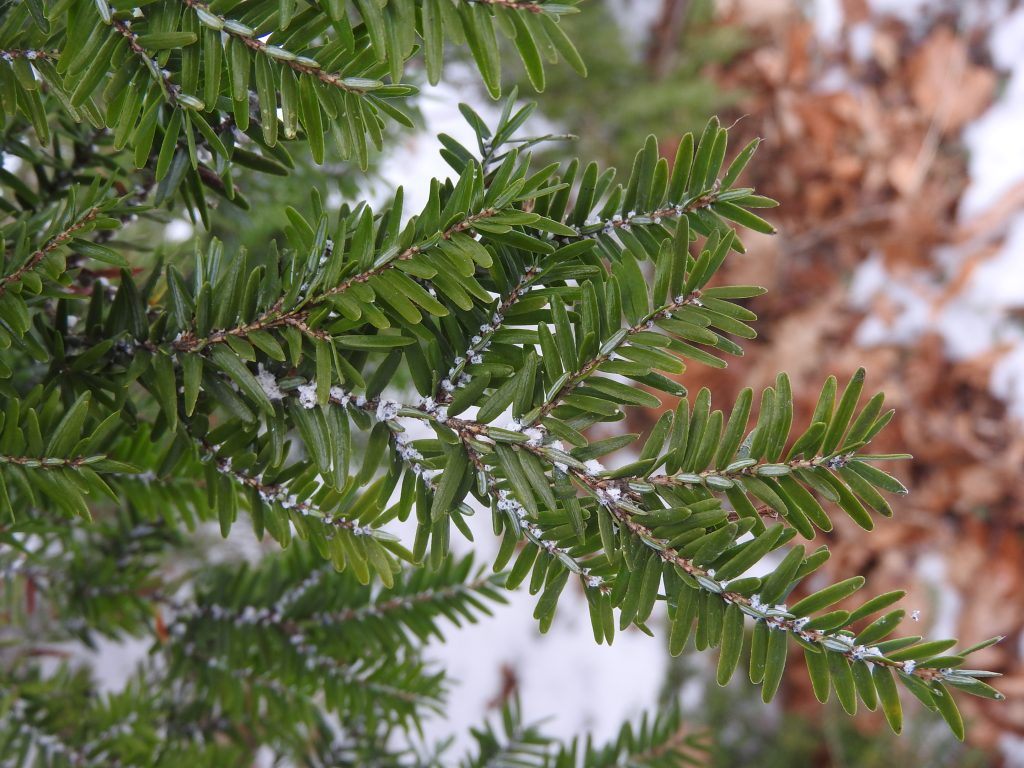 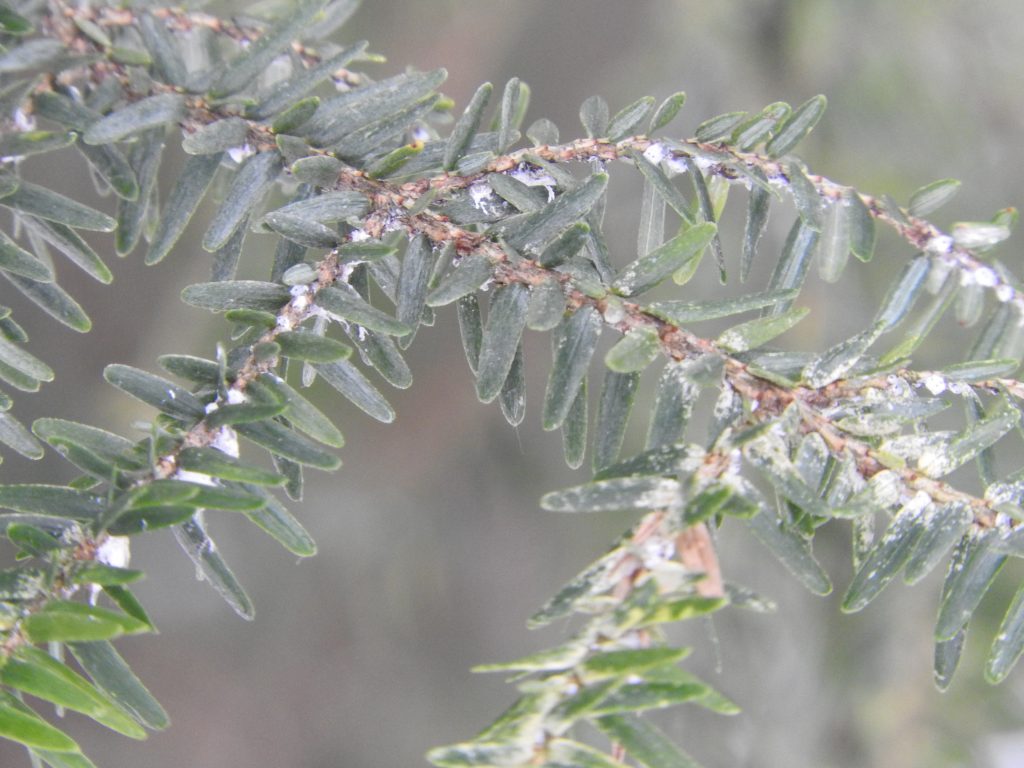 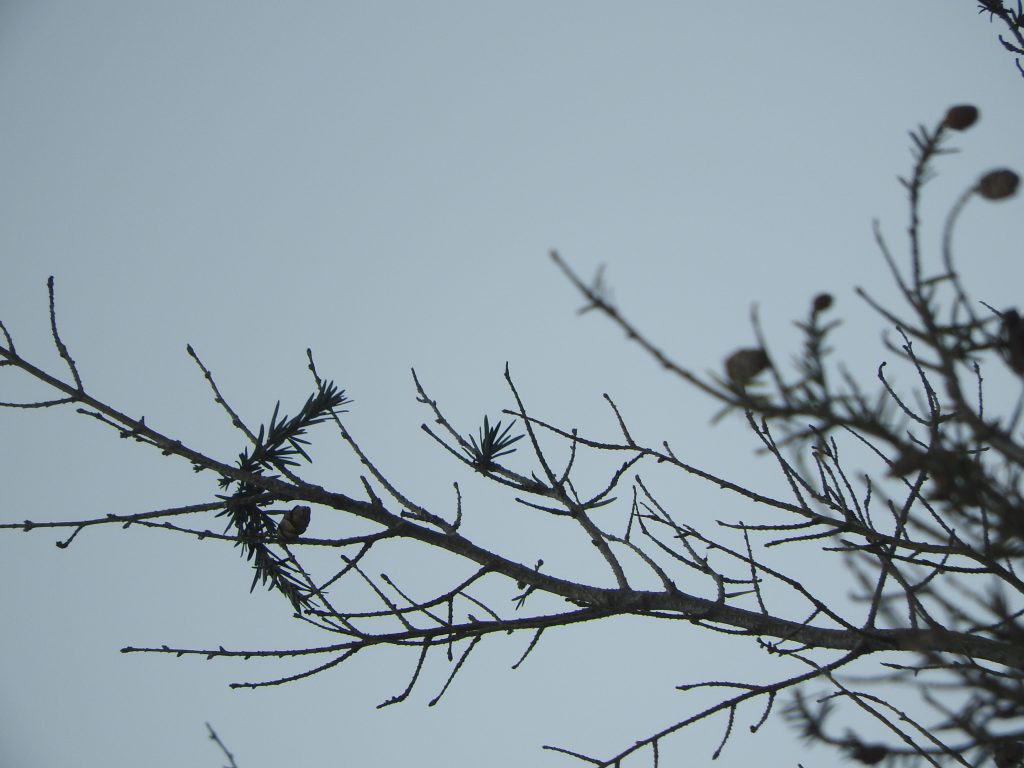 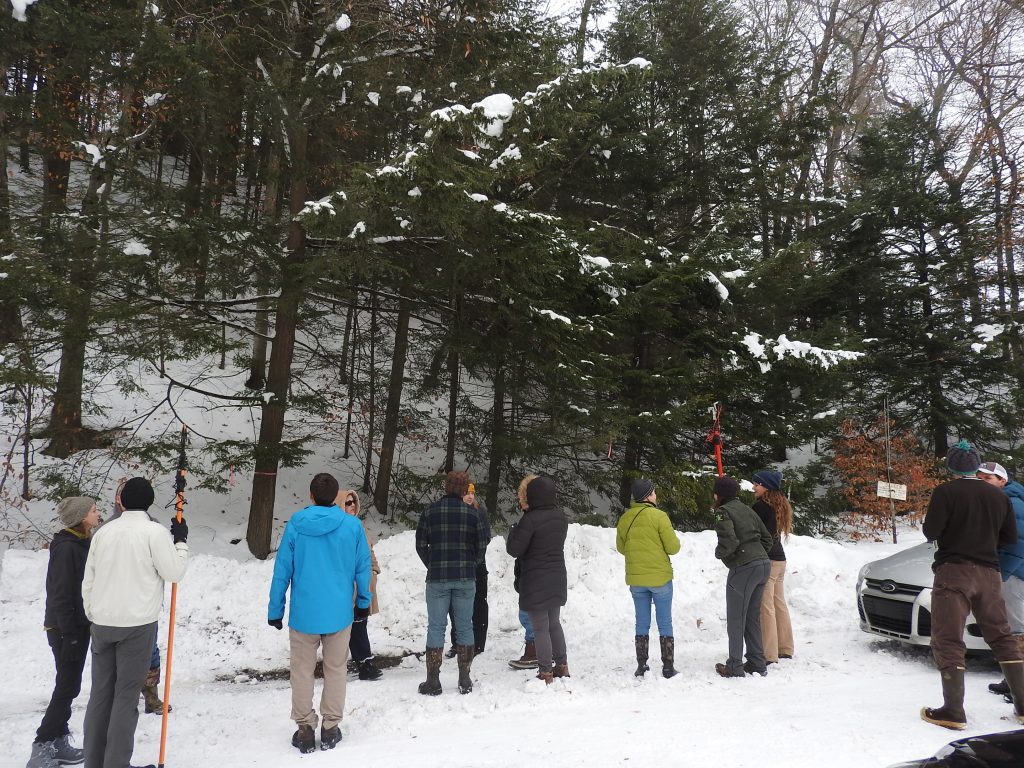